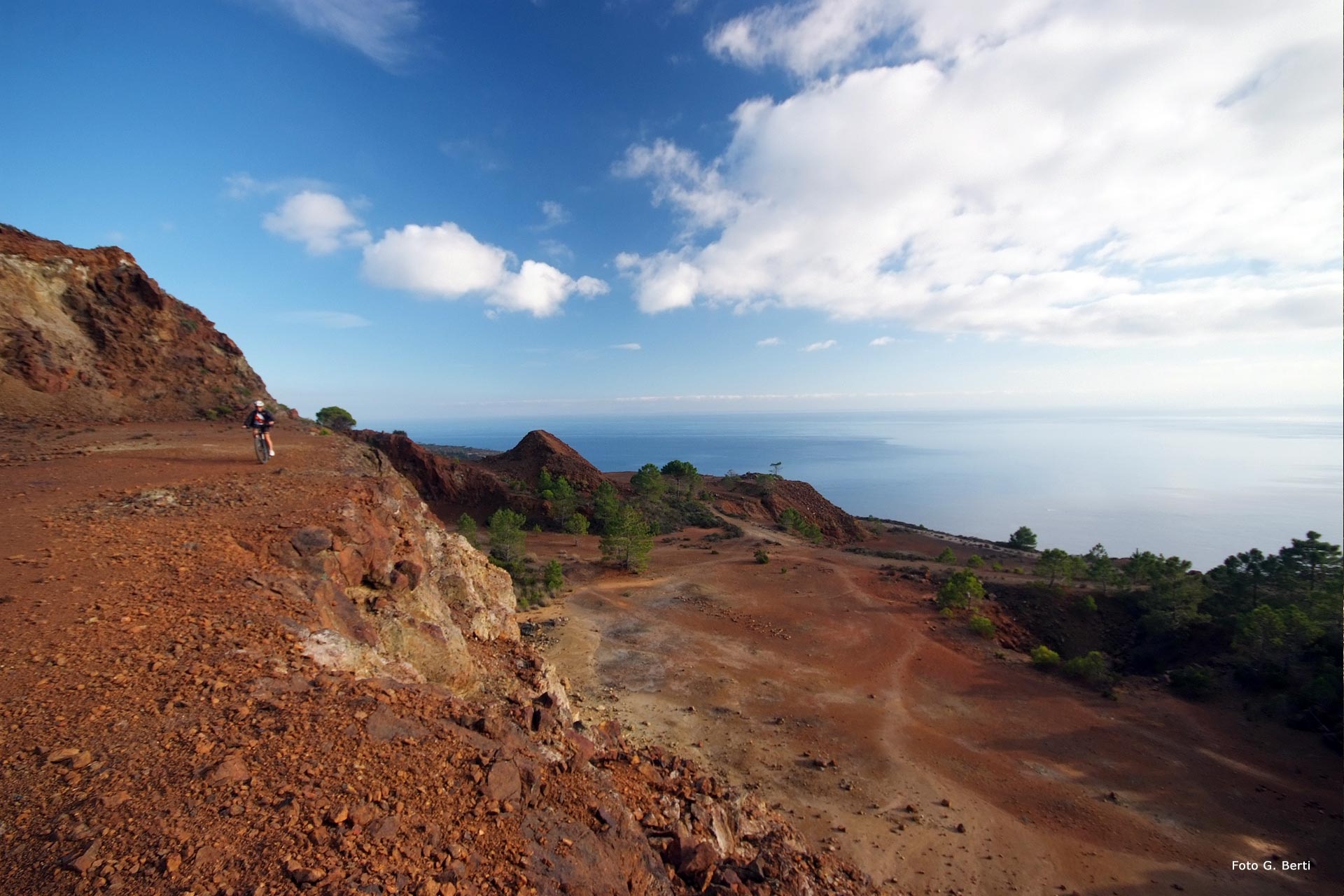 Mountain Biking on the Island of Elba allows you to visit every corner of the island with trails that, thanks to the great variety of the landscape, are suitable for all cyclists, from beginners to professional bikers. For those wishing to accompany the discovery of the nature and history of the island to a fun and healthy sporting activity, the paths dedicated to bicycles are the ideal solution.

In addition, an advantage of touring the island on the seat of a mountain bike is that you don't have to worry too much about the weather conditions and actually, often a little mud or rain only makes the excursion even more fun.
The Island of Elba has become a coveted destination for mountain bike enthusiasts and also hosts various competitions in the low season, such as the Capoliveri Legend Cup.

In fact you don't need to wait for the summer for Mountain Biking but it is rather advisable to organize yourself for the off season, being able to enjoy a more pleasant temperature suitable for sports activities and the possibility of admiring nature in complete tranquility. 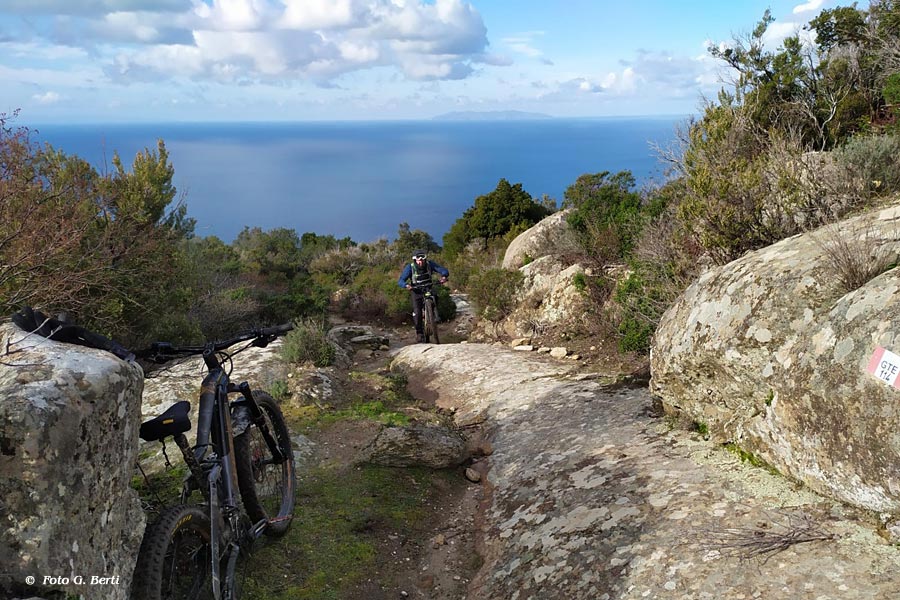 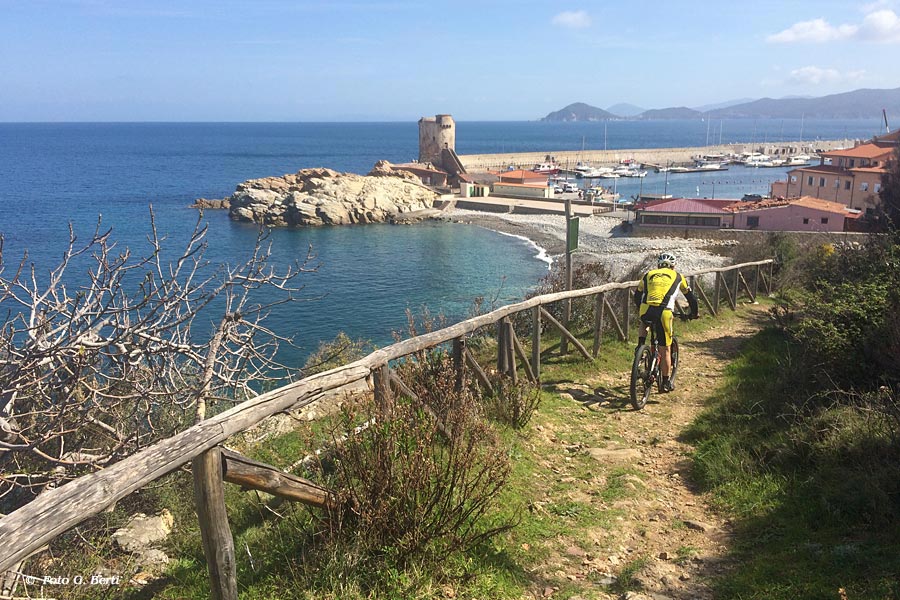 Let's now discover the best mountain bike trails on the Island of Elba!

Starting from a wide road about 100 m from the parking lot of the Napoleonic Villa of San Martino, we begin to enter the vegetation.

Almost immediately the route becomes increasingly narrow and steep until, after about 3 km, it joins the old military road of Colle Reciso, near the ruins of an ancient windmill. At the point where the building stands, we can rest for a few moments to savor the view that sweeps to the north over the Gulf of Portoferraio and to the south over that of Lacona.

Proceeding, at km 5.6 you reach the locality "Buca di Bomba", a place where the borders of four municipalities cross, and turning right, near the ruins of a farmhouse, you will discover a clearing from which you can admire the Gulf of Procchio, towards the North-West, and that of Marina di Campo, towards the South-West.

After 100 m, at a point where several paths cross, we follow the second path on the right which leads, after a short climb, to a dense pine forest.
From here, continue for another 2 km until you reach an artificial clearing (designed to prevent the flames from spreading in the event of a fire) and begin a rather demanding descent until you return to the starting point 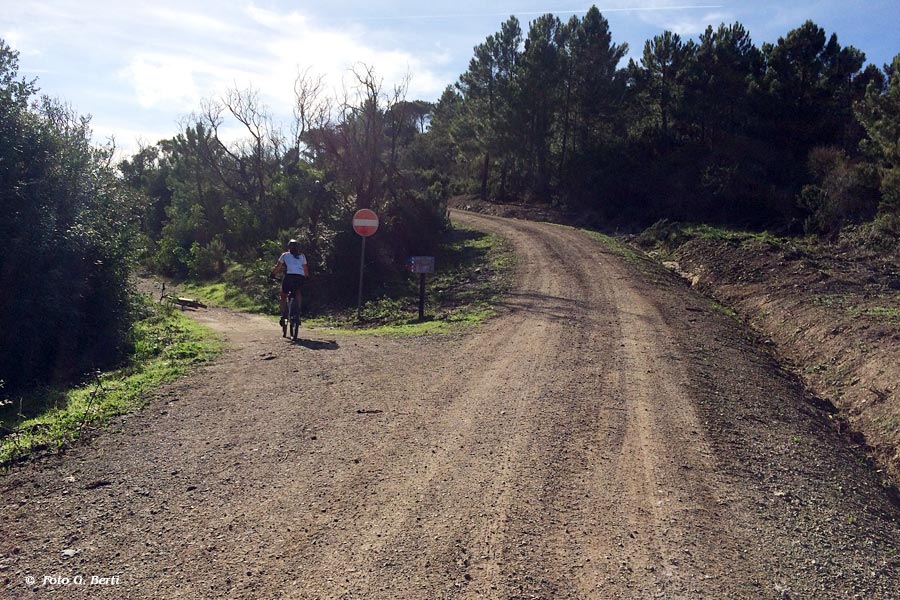 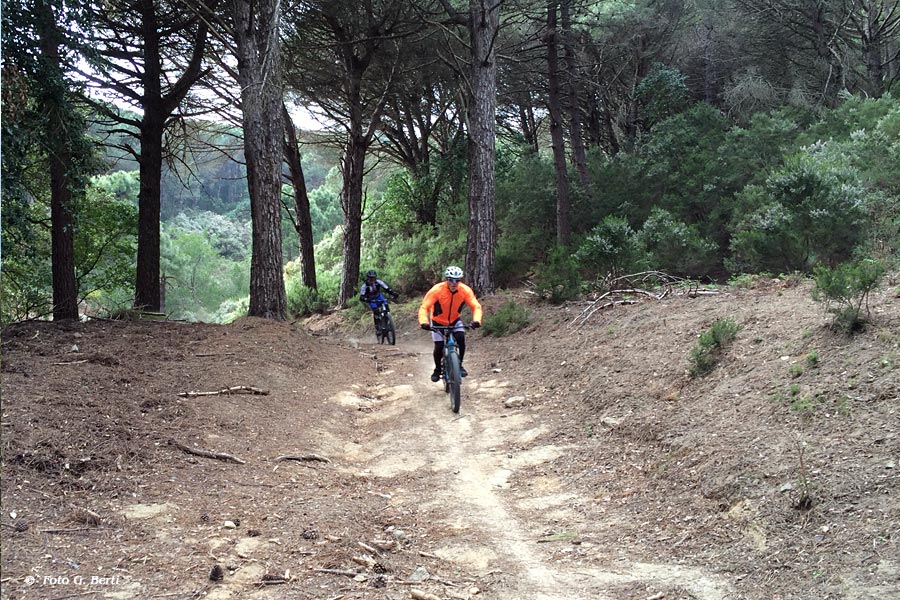 Starting from Piazza del Cavatore, a short distance from the Municipality of Capoliveri, the route takes the old mine road which is initially paved and then soon becomes a dirt road. The road follows the southwestern slope of Monte Calamita and is mostly flat.

In this first section we enjoy a splendid view over the entire southern coast, from the Gemini Islands to the Punta di Fetovaia. On days with good visibility you can also easily see the islands of Pianosa and Montecristo.

After 6 km, you pass the former mine of Monte Calamita and begin to proceed uphill towards the Azienda Agricola delle Ripalte (agricultural farm), equipped with accommodation facilities, restaurant, bar and riding stables, which we meet at km 10.

Continuing after the Ripalte, the route includes a slight descent and then begins to climb the east coast under Monte Calamita, passing alongside the beaches of Stagnone, Buzzancone and Cala Nova. Finally, past the beaches of Ferrato and Straccoligno, the path leads back to the asphalted road which, after a short climb, will lead us back to Capoliveri.

In Capoliveri, we also point out the presence of a Bike Park, which offers 100 km of trails and itineraries for all levels of difficulty. 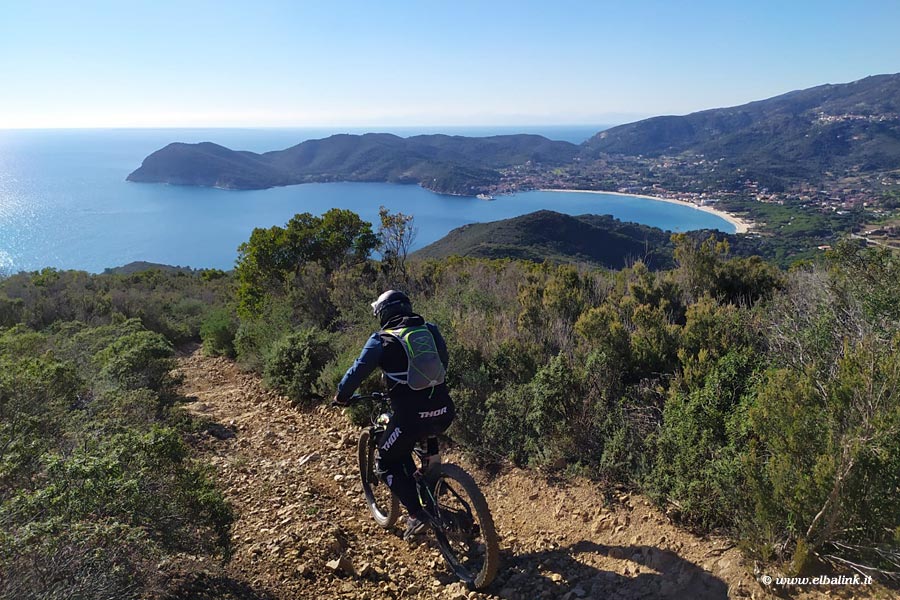 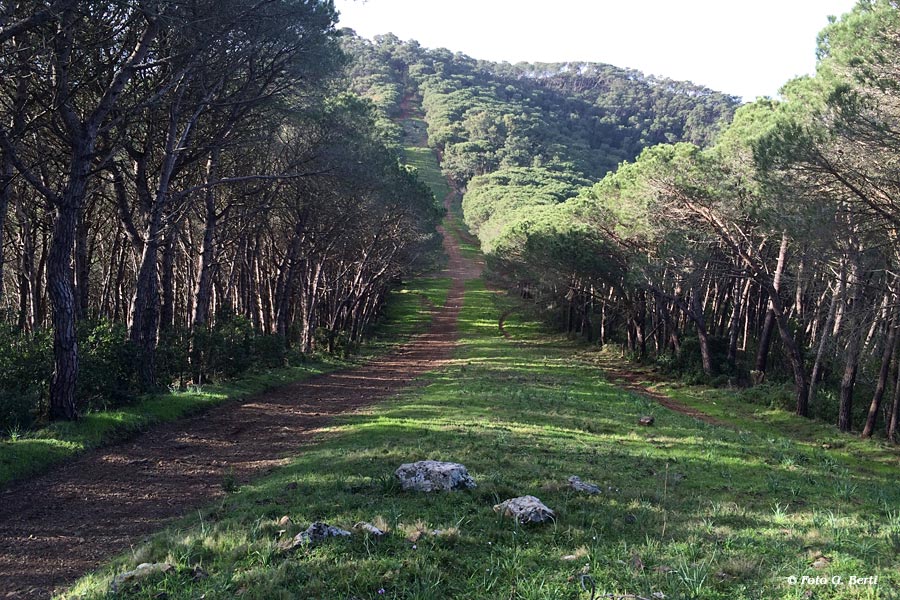