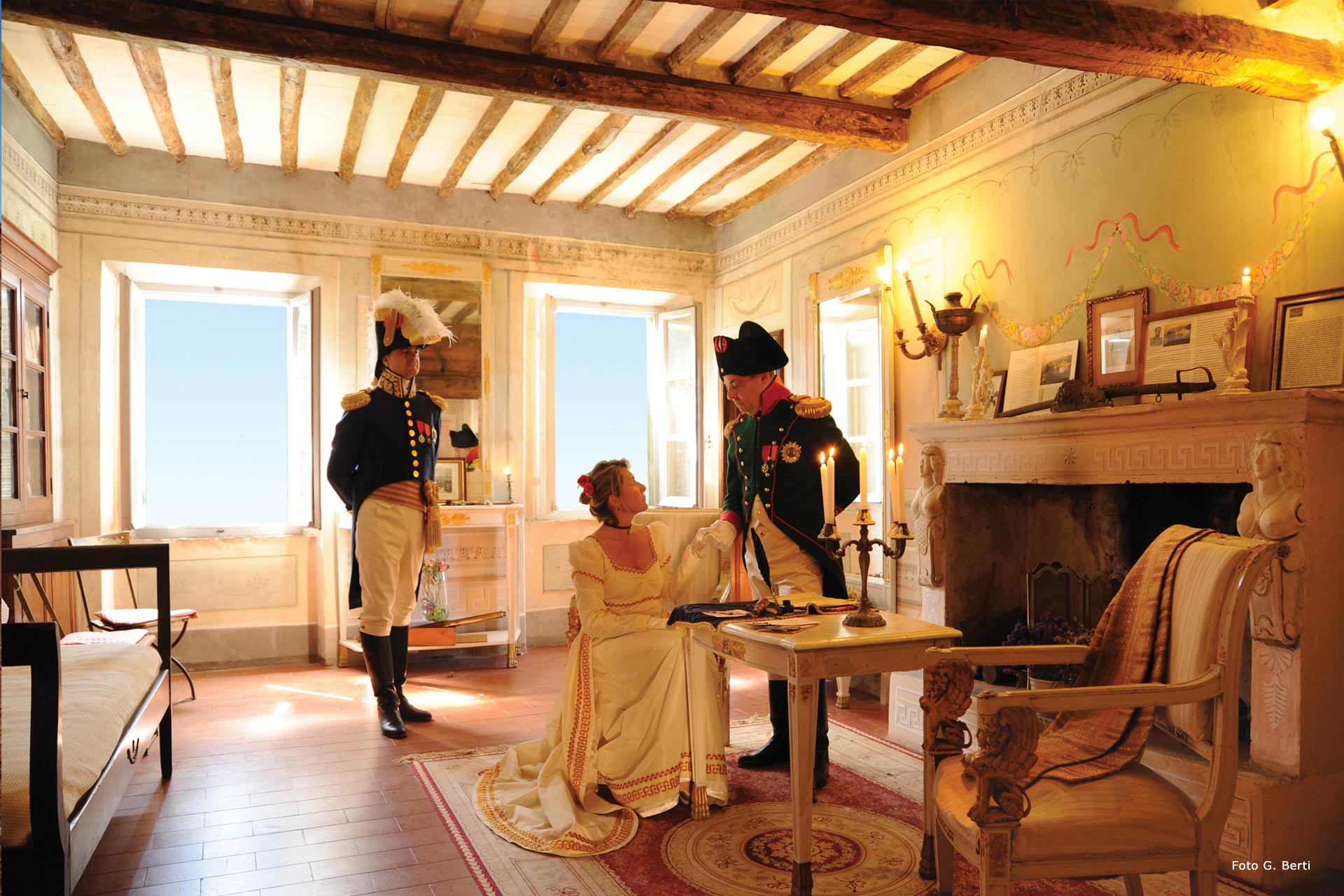 The Island of Elba was the place of exile of the Emperor Napoleon Bonaparte, who stayed there from May 3, 1814 to February 26, 1815.

Although the emperor's stay lasted only 10 months, it had such great historical importance for the island that the Elban flag, white with a red diagonal band and the three golden bees, designed by Napoleon, is still in use today.

In those few months, Napoleon ruled the island, without ever remaining idle and reactivating trade and mining activities, favoring the development of agriculture and fishing, commissioning road improvements to facilitate communications within the island.

He commissioned several works, including the Napoleonic Aqueduct, the first in the history of the island, which is the direct "ancestor" of the current one.

Mainly linked to the short stay of the emperor on the island are his two residences : the "city" one, the Villa dei Mulini in the center of Portoferraio and the countryside one, the Villa di San Martino a few kilometers from the village.

The Villa dei Mulini was the city residence of the Emperor Bonaparte.

Located between Forte Stella and Forte Falcone, it was so called because it was built between two windmills that had already been demolished before his arrival.

The house was originally built in 1724 by Gian Gastone de Medici and consisted of four rooms and inhabited by the governor's gardener.

In 1801 the island then fell into French hands and the house was doubled in size because it was used as military premises.

Finally in 1814, with the arrival of the deposed emperor Bonaparte, at his behest, the villa was raised by one floor and the renovation was commissioned to the architect Bargigli.

The architect's works consisted of the demolition of some military buildings to create a lovely Italian garden, the construction of a party room on the main floor, the renovation of the adjacent theater and the transformation of the former prison into a stable.

As for the renovation, Napoleon spared no expense in decorating and furnishing the small palace: in fact, it was adorned by the official painter of the Elban court, the Piedmontese Antonio Vincenzo Revelli, and furnished with refinement and elegance.

Unfortunately, following the experience of the "Hundred Days" and the definitive defeat of the Emperor Bonaparte, the furniture was sold and therefore today, not all the furniture is from the Napoleonic era. 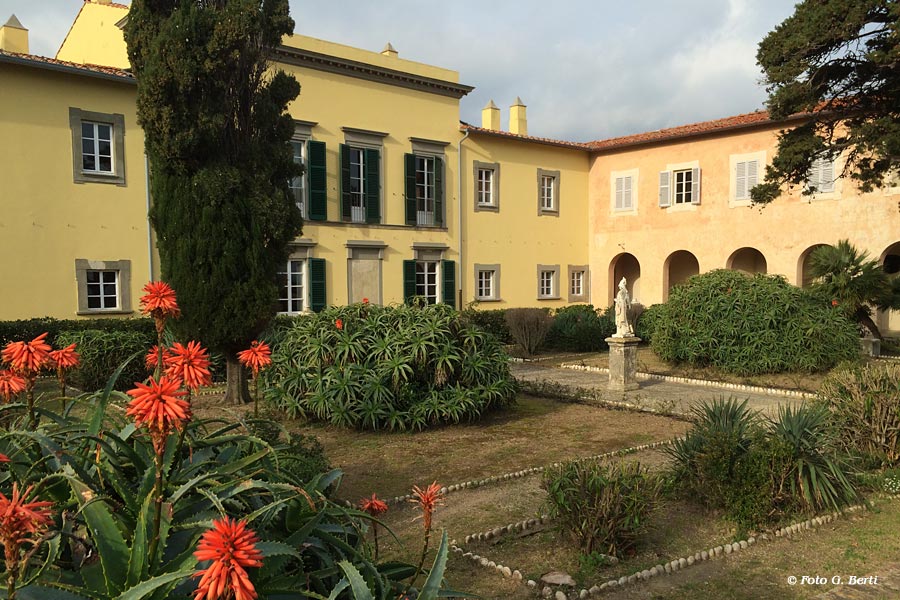 Today the building of the "Mulini" (Mills) is on two floors: on the ground floor is the emperor's apartment, consisting of the entrance, the Officers' Hall, the large hall overlooking the garden (the so-called Gallery), the library which Napoleon himself had more than 2000 volumes supplied, the bedroom, the anteroom and the wardrobe intended for the valets who provided for the emperor's needs.

Upstairs, the vestibule was intended for Napoleon's wife, Empress Maria Luigia of Austria, but was instead inhabited for a certain period by Bonaparte's sister, Paolina Borghese. The floor is completed by the airy "Salone delle Feste" (party room) overlooking the garden and the rooms of his sister Paolina, the study, the boudoir and the living room.

Finally, the villa can enjoy the splendid Giardino della Palazzina overlooking the northern cliffs of Portoferraio, from which Napoleon loved to observe the panorama and from which he could descend to the beach of Le Viste to cool off.

The Villa di San Martino was the summer residence of Napoleon and is located in the countryside, a few kilometers from Portoferraio and just 2.4 km from the Tenuta Santa Caterina. Like the Villa dei Mulini, also that of San Martino was a pre-existing building that was adapted and decorated by some artists employed by the emperor, the same ones who had worked on the Villa dei Mulini, namely the painter Antonio Revelli and the architect Paolo Bargigli.

The Villa itself is small in size and should not be confused with the majestic neoclassical structure below, the Demidoff Gallery, which was built a few decades after Bonaparte's stay by his cousin, Count Demidoff, precisely to collect the Napoleonic relics.

The choice of the Villa di San Martino also had a strategic reason since from its terrace Napoleon could observe the harbor of Portoferraio and therefore all the ships arriving. 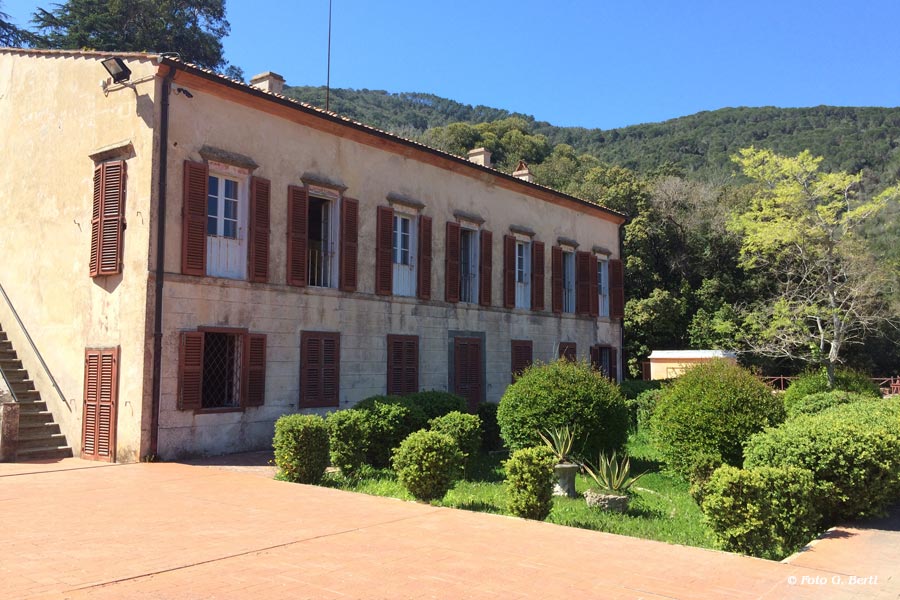 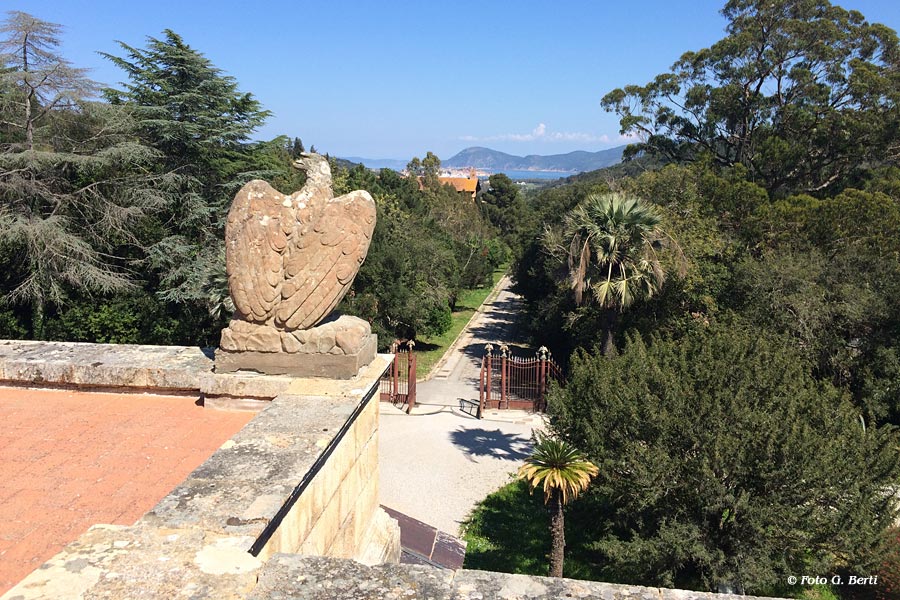 The most particular rooms are certainly the Egyptian Room, which was frescoed with references to the military campaign conducted by General Bonaparte himself in 1798, and the "Sala delle Colombe" (hall of the doves), characterized by two birds in flight holding a knotted ribbon with their beak, symbolizing Napoleon's love for his wife Maria Luisa of Austria. Both rooms were frescoed by Revelli.

In addition to the aforementioned Demidoff Gallery, another Napoleonic Museum is located in the Church of the Misericordia in Portoferraio, where the casts of the hand and face of the French emperor are kept.

Another place linked to Napoleon is the hermitage near the Sanctuary of the Madonna del Monte on Monte Capanne, the summit on which the general loved to go to enjoy the view of his Corsica.